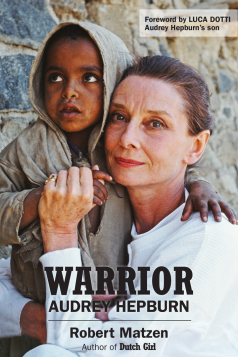 LIBRARY JOURNAL: "Hepburn's empathy and bravery shine through; a must-read for both history buffs and Hepburn fans."

SHELF AWARENESS FOR READERS: "Matzen's highly detailed and compelling chronicle of Hepburn's steely determination to awaken global awareness and save children around the world is a thrilling and motivating read. It's an important piece of Hepburn's legacy and, happily, it is finally getting the attention it deserves." 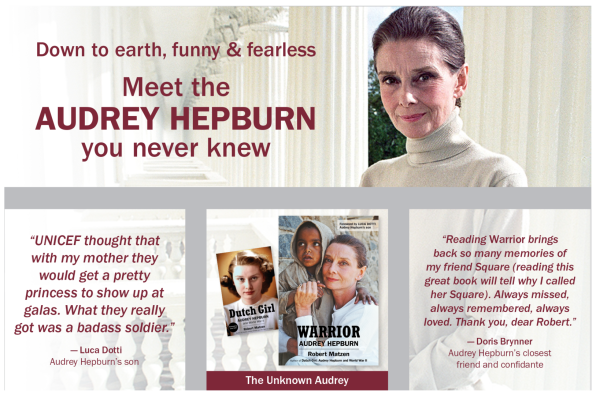 Gone almost 30 years, Audrey Hepburn remains among the most beloved of movie stars, known for "that face" and for hits like Roman Holiday, Breakfast at Tiffany's, and My Fair Lady. At the height of her fame, at age 38, she walked away from Hollywood to raise her sons. Two decades later, seeking a new direction, she joined the organization that had saved her as a Dutch girl at the end of World War II: UNICEF.

What happened next surpassed the plot twist of any movie. The introverted waif Audrey Hepburn became a warrior, using her fame to capture the media's attention as she charged into the most dangerous places on earth to save children and mothers in desperate situations. For five years she drove herself mercilessly on a quest that would ultimately kill her. She flew into war zones, met with world leaders, and called out injustice wherever she saw it. At every opportunity she espoused causes that command headlines today—systematic racism, refugee populations in crisis, superpowers' manipulation of the developing world, and the reckless killing of our planet.

Down to earth, funny and fearless, this is an Audrey Hepburn—the warrior—that must be seen to be believed.