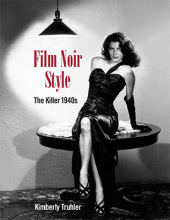 "With Film Noir Style, Kimberly Truhler pulls off the tricky challenge of writing to a broad audience. Her well-written book will appeal to both film school graduates and more casual fans who simply love the look of noir, like Rita Hayworth in Gilda. Truhler's exploration of Hollywood's darkest and sexiest movies of the 1940s has style of its own."

"Style is the essential appeal of film noir, and Kimberly Truhler's book is an essential addition to the history of the noir movement. I learned a lot."

"In this sumptuously illustrated debut, fashion historian Truhler explores how film noir was shaped and enhanced by the role of the costume designer."

"One aspect halfway neglected, or at least mostly depicted in the definition of a pitliless femme fatale who is also easily identified as such by the outfit she appears in, is the equally unique costume design of those movies. The Book at hand deals chiefly with that fascinating aspect and demonstrates how glamorous film characters were invented by dressing them up accordingly ... Film Noir Style is a very pleasing 8.5x11 addition to any film noir library, and a visual feast for those interested in the high art of 1940s costume design." 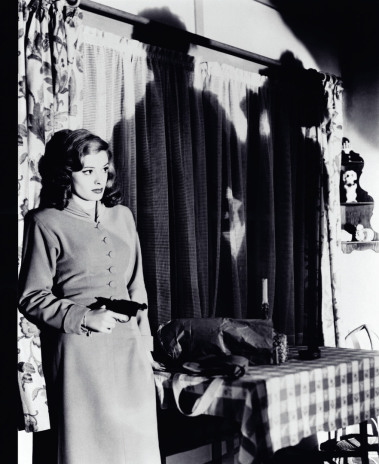 Film Noir Style: The Killer 1940s presents the fashions of the femmes fatales who were so good at being bad, and the suits and trench coats of definitive noir actors, including Humphrey Bogart and Alan Ladd. Hollywood fashion expert Kimberly Truhler explores 20 definitive film noir titles from 1941 to 1950 and traces the evolution of popular fashion in the decade of the ’40s, the impact of World War II on home-front fashion, and the influence of the film noir genre on popular fashion then and now. Meet the fabulous women of noir, including Lana Turner, Veronica Lake, Lauren Bacall, Barbara Stanwyck, Ava Gardner, Gene Tierney, and many others, and the costume designers that created and recreated these famous stars as killers—and worse—through the clothes they wore.