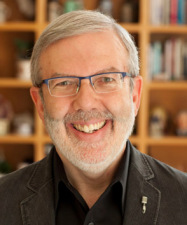 Leonard Maltin is one of the most recognized and respected film critics of our time. He appears regularly on Reelz Channel and spent 30 years on the hit television show, Entertainment Tonight.

Leonard's first book for GoodKnight appeared in 2018; Hooked on Hollywood repackaged some little-seen articles and interviews from his earlier days as a writer and film historian. Then came the October 2021 GoodKnight release of Starstruck: My Unlikely Road to Hollywood, Leonard's memoir that recounts his youth spent in New Jersey and New York City and then details the against-the-odds series of events that led to bestseller status and intersections with the most famous names in

Leonard’s other books include The Best 151 Movies You’ve Never Seen, The Disney Films, Of Mice and Magic: A History of American Animated Cartoons, The Great American Broadcast: A Celebration of Radio’s Golden Age, The Great Movie Comedians, The Art of the Cinematographer, Selected Short Subjects and (as co-author) The Little Rascals: The Life and Times of Our Gang.

Leonard has been teaching at the USC School of Cinematic Arts for the last 16 years. His popular class screens new films prior to their release, followed by a Q&A with the filmmakers. This direct access to top talent has proven to be invaluable in his students’ own filmmaking endeavors.

As an expert and host, he is frequently seen on news programs and documentaries, and has enjoyed a long association with Turner Classic Movies, where he appears regularly. He also previews movies-on-demand on Comcast. For three years, he co-hosted the weekly syndicated movie review program Hot Ticket, which was produced by Entertainment Tonight.

Leonard is a prolific freelance writer whose articles have appeared in The New York Times, The Los Angeles Times, The London Times, Smithsonian, TV Guide, Esquire, The Village Voice and American Film. He was the film critic for Playboy magazine for six years.

Additionally, Leonard frequently lectures on film and was a member of the faculty of New York City’s New School for Social Research for nine years. He served as Guest Curator at the Museum of Modern Art film department in New York on two separate occasions.

Leonard created, hosted and co-produced the popular Walt Disney Treasures DVD series and appeared on Warner Home Video’s Night at the Movies features. He has written a number of television specials, including Fantasia: The Creation of a Disney Classic and has hosted, produced and written such video documentaries and compilations as The Making of The Quiet Man, The Making of High Noon, Cartoons for Big Kids, The Lost Stooges, Young Duke: The Making of a Movie Star, Cliffhangers: Adventures from the Thrill Factory and Cartoon Madness: The Fantastic Max Fleischer Cartoons.

In 2006 he was named by the Librarian of Congress to join the Board of Directors of the National Film Preservation Foundation. He also has received awards and citations from the American Society of Cinematographers, Anthology Film Archives, The Society of Cinephiles, San Diego Comic-Con International, and the Telluride Film Festival. In 1997 he was made a voting member of the National Film Registry, which selects 25 landmark American films every year. Perhaps the greatest indication of his fame was his appearance in a now-classic episode of the animated series South Park.

Listen to a podcast featuring Leonard talking about Hooked on Hollywood with Steve Darnall of Nostalgia Digest.