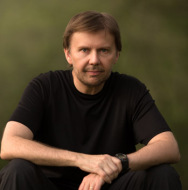 For more than a decade, Robert Matzen has been acknowledged as one of the foremost researchers in popular nonfiction.

Robert broke into print straight out of college with the mass-market paperback, Research Made Easy: a Guide for Students and Writers for Bantam Books, where his editor was the New York publishing-world legend, Toni Burbank.

To lend authenticity to his narrative, he climbed Mt. Potosi, Nevada for his sixth book, Fireball: Carole Lombard and the Mystery of Flight 3, and explored the Flight 3 crash site where 22 died in 1942. Fireball won the 2015 Benjamin Franklin Award as Biography of the Year and earned praise from the Smithsonian Institution.

For his 2016 release, Mission: Jimmy Stewart and the Fight for Europe, Robert flew on vintage B-17 and B-24 bombers, walked the muddy fields of former American air bases in the English countryside, talked to men who flew with Jimmy Stewart, and dug through thousands of pages of combat mission reports in the official records of the U.S. Army Air Forces. Mission generated extensive media coverage at the holidays in 2016, culminated with an op-ed by Robert in the Wall Street Journal. Demand continues for Robert to speak about Mission and Jimmy Stewart each holiday season because It's a Wonderful Life was the first film that Stewart made after the war when he was still suffering from PTSD.

Dutch Girl: Audrey Hepburn and World War II, Robert's 2019 GoodKnight Book, was already a bestseller upon release April 15, 2019 with coverage by PEOPLE magazine, the New York Post, Wall Street Journal, FOX NEWS and FOX BUSINESS, and the BBC, among many others. For Dutch Girl, Robert made several research trips to the Netherlands, where he interviewed many people who knew Miss Hepburn during the war. He also researched inside the Nationaal Archief at The Hague, and the Gelders Archief in Arnhem.

In September 2021 GoodKnight released Warrior: Audrey Hepburn, the eagerly anticipated follow-up to Dutch Girl. Written with the cooperation of Audrey's son, Luca Dotti, Warrior captures a side of Audrey Hepburn previously unexplored by biographers—the "badass soldier," as Luca describes her, who charged into war zones and braved bullets and bombs as she gave "voice to the voiceless" and fought for imperiled children and mothers around the world.

Robert's earlier works about Hollywood history include Errol Flynn Slept Here, which was co-written with Michael Mazzone and represents the first book written about a Hollywood celebrity home, and Errol & Olivia: Ego & Obsession in Golden Era Hollywood, which topped three bestseller lists and was a finalist in both the USA Book Awards and ForeWord magazine Book of the Year competitions.

Robert Matzen is also a filmmaker whose work has achieved national broadcast and won awards including a New York Festivals Gold Medal, American Association of Museums Muse Award, and many others. His 2001 historical documentary, When the Forest Ran Red, is recognized as the classic interpretation of the French and Indian War in America—the war that launched the career of George Washington. Robert’s work in film and video includes many programs for NASA where he collaborated with the Astronaut Office and NASA senior leaders on media for NASA events, nasa.gov, and NASA Television.