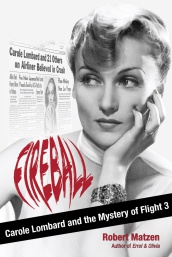 WINNER: 2015 Benjamin Franklin Gold Award as Biography of the Year

"Matzen provides an intriguing mixture of biography and history as he relates not only the story of Lombard’s life, but those of the other passengers on Flight 3, as well as the curious elements of the plane crash. Narrator Gilbert delivers a skillful performance that will keep listeners engaged throughout."

"I don't know if I've been brought to tears as many times reading a book as I have this one... I'm glad I know what happened, and that I now understand the true impact of the crash, but that knowledge haunts me and I'm sure it always will."

"Fantastic job of research, served up as a real page-turner. It would make a great movie."

At 5:00 A.M. on January 16, 1942, actress Carole Lombard, Hollywood's "Queen of Screwball" and the wife of the king of the movies, Clark Gable, stepped onto a Transcontinental & Western Airlines DC-3, designated as Flight 3 in Indianapolis, Indiana with her mother, Elizabeth Peters, and MGM publicity man Otto Winkler. Lombard had just completed the first sale of war bonds and stamps in the nation following its entry into World War II. Exhausted from five days on the road, Carole intended to return to her husband and Encino, California home and by the fastest means possible. Fourteen hours later, Flight 3 lay a flaming pile of debris strewn across the side of Potosi Mountain, Nevada.

The Fireball expanded edition provides a fresh look at Carole Lombard's life, and presents a first-ever examination of the events that led to that final flight and her death, with newly uncovered facts and details. The book also provides a day-by-day look at the struggles of Clark Gable and Lombard's family, friends, and fans, to cope with the tragedy. Lombard became the first Hollywood star to sacrifice her life in World War II. The War Department offered Gable a funeral service with full military honors but he refused it knowing that his wife would not approve of such spectacle.

But Fireball goes much further and explores the lives of the 21 others on the plane, including 15 members of the U.S. Army Air Corps, and addresses one of the most enduring mysteries of World War II: On a clear night full of stars, with TWA's most experienced pilot at the controls of a 10-month-old aircraft under the power of two fully functioning engines, why did Flight 3 crash into that Nevada mountainside?

The gripping page-turner Fireball presents the story of the people on the plane, the friends and families left behind, and the heroic first responders who struggled up a mountain hoping to perform a miracle rescue. From the first page to the last, Fireball tells a story of accomplishment, bravery, sacrifice, and loss. 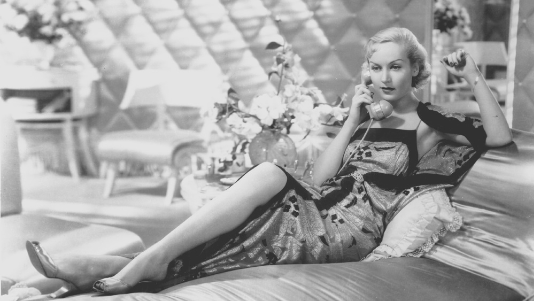 This edition includes details about Carole's Baha'i faith, newly discovered information about the day in Indianapolis including eyewitness accounts, the full Cadle Tabernacle speech, information about the crash victim found on Potosi Mountain in 2014, and 16 additional pages of photos for a total of 32.